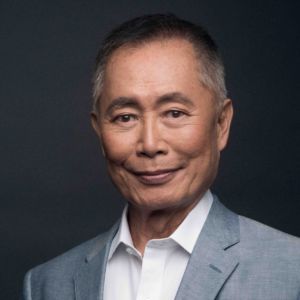 With an acting career spanning six decades, George Takei is known around the world for his founding role in the acclaimed television series Star Trek, in which he played Hikaru Sulu, helmsman of the starship Enterprise. But his story goes where few stories have gone before. From a childhood spent with his family wrongfully imprisoned in Japanese American internment camps during World War II, to becoming one of the country’s leading figures in the fight for social justice, LGBTQ rights, and marriage equality, Mr. Takei remains a powerful voice on issues ranging from politics to pop culture.

He has been a passionate advocate for social justice, outspoken supporter of human right issues and a community activist. He has served as the spokesperson for the Human Rights Campaign “Coming Out Project,” and was Cultural Affairs Chairman of the Japanese American Citizens League. He is also chairman emeritus and a trustee of the Japanese American National Museum in Los Angeles. He was appointed to the Japan-US Friendship Commission by former President Clinton and the government of Japan awarded Mr. Takei the Order of the Rising Sun, Gold Rays with Rosette, for his contribution to US-Japanese relations. His graphic memoir about growing up during the Japanese American internment, They Called Us Enemy, with co-writers Justin Eisinger and Steven Scott and artist Harmony Becker, is a New York Times Bestseller and winner of the Asian/Pacific American Award for Young Adult Literature. They Called Us Enemy: Expanded Edition has also recently been released.