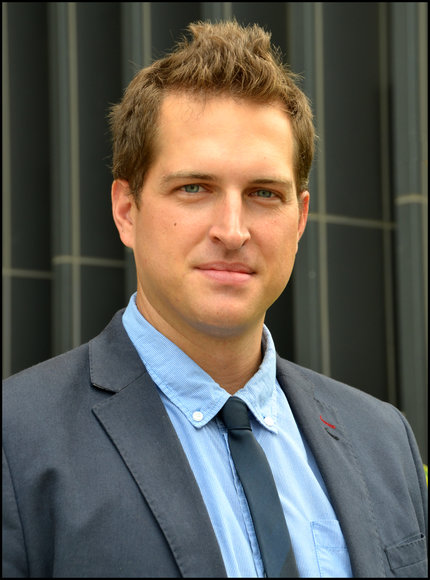 Even as a child, I’ve always had an affinity for maps. I had a shoebox full of them that I occasionally pulled out and played with. These maps brought to life imaginary journeys to uncharted wilderness, or served as the marching routes for my warring GI Joes. As a Boy Scout, I learned how to navigate in the woods with a map and compass, a skill that would send me years later to forward observer school in the US Marine Corps. As a Marine at Camp Pendleton, I hiked up and down hills seeking out camouflaged caches, miles apart. My only tools were a map, compass, and some coordinates. During “the surge” in Iraq, I patrolled Fallujah on foot, navigating the city’s streets and alleys with a map created from satellite imagery. While working as a researcher and organizer for a labor union, I used GIS software to map data showing the lack of access to fresh food in Detroit. At the time, there was not a single full-service grocery store in Detroit, which is a city with an area bigger than that of Boston, Manhattan, and San Francisco combined. I’ve climbed up Mt. Hood, Mt. Olympus, and Mt. Rainier in whiteout blizzards, relying on just a map and a compass, with cliffs and crevasses waiting to swallow my rope team with a single misstep. Most importantly, today maps adorn the walls of my classroom in Taiwan, and serve as tools of inspiration and learning.

Like many American geography teachers I have met, I stumbled haphazardly into teaching geography. In American schools, geography has too often been relegated to the front matter of a world history book, with a few world maps and short blurbs about map projections. Harm de Blij daftly describes the marginalization of geography within American curriculum in Why Geography Matters More than Ever, as geography and history classes were integrated into one “global studies” class starting in the the 1970s. Geography in every other MEDC, however, has retained relative parity with other social studies disciplines. I am a product of American public schools, and thus, I entered the University of Michigan-Dearborn with an over-inflated sense of the importance of history and a complete ignorance of geographic concepts. This historical bias led me astray from taking a single geography course in college, save for one online class, which was a prerequisite for my Portland State University Graduate Teacher Education Program. However, I have since come to be a self-described geographic evangelist.

Upon graduating with my Master of Education, the US was still in the midst of the Great Recession and few schools were hiring. Despite the Post 9/11 GI Bill, I was also straddled with tens of thousands of dollars of student loan debt. My desire to travel the world, coupled with my economic situation, led me to teaching in Taiwan. As a first year social studies teacher, in a foreign country, with no formal geographic education, I found myself assigned to teach Advanced Placement Human Geography and world geography, amongst other classes. The Journal of Geography and The Geography Teacher were instrumental to my own professional development. I have applied articles in my classroom to do things like creating student geography blogs and using Gapminder World to not only teach geographic concepts, but also basic statistical analysis. Additionally, NCGE’s webinars and weekly AP Bell-Ringers have been valuable resources. Currently, I am teaching my students to do basic GIS analysis using ArcGIS Online and hopefully QGIS (free and open source software) later in the year.

As a combat veteran from the second Iraq war, I know all too well the horrific consequences of geographic illiteracy in America. With even the most rudimentary geographic education, American policy makers and media should have been able to forecast the ethnic tensions between Sunnis and Shiites that would be unleashed by toppling Saddam Hussein’s authoritarian regime. Similarly, an understanding of geography should have led the US media to question any connections between a secular Baath Party member like Saddam, and the Islamic fundamentalist Al Qaeda network. Unfortunately, such geographic ignorance helped propel me into house-to-house gunfights and stole the lives of too many of my friends. I narrowly escaped death dozens of times, whilst my comrades were injured and killed. I returned home from Iraq suffering deeply from Post-Traumatic Stress Disorder (PTSD), survivor’s guilt, moral injury, and depression. I was psychologically completely broken. From such meaningless loss of life, it has been a long and bumpy road to recovery for me, but I have found new meaning by using my personal story as a cry for improving public (especially geographic) education.

The single most important lesson I learned in Iraq, was just how truly horrific warfare is. This is what makes geography so meaningful and powerful, because the multicultural learning of geography breeds compassion, tolerance, and understanding. No other single course can transcend cultural and political divisions, to sow the seeds of peace and reconciliation, than geography. This is because geographic learning fosters deep understanding of diverse cultures and analyzes the many complicated dimensions of political conflicts. If we understand each other’s issues, we can create a more peaceful and just world. Similarly, while my students were studying microfinance as an economic development strategy last year, they lent money to a 37-year-old Iraqi mother of seven children. Suad was able to purchase a sewing machine and table with that money, to help supplement her husband’s income. This was an incredibly meaningful act of reconciliation for me, and a symbol of the power of geography education.

With American military forces and contractors deployed around the world in a fight against radical extremism, geography has never been more relevant with its explanatory power. Geography can explain the roots of violent jihadists in places as diverse as the Philippines, Yemen, and Nigeria. Where Islam is the easy answer, as the only obvious common denominator amongst such diverse insurgencies, geography provides a far more nuanced understanding of the causes of this violence. Corrupt and ineffective governments, economic stagnation, cultural and religious differences, historical legacies of ethnic exploitation, and other factors account for the unique causes to such varied jihadist movements. It is geography’s power to right misperceptions regarding Islam, as a religion that incites violence and hatred, or a post-Saddam Iraq easily emerging as a democratic nation-state, that truly make geography the most important discipline to understand the world. As I tell my students, if you were to take just one social studies course in school, geography would do far more to explain the complexity of the entirety of the planet than any other single course.

I am in my third year of living and teaching in Taiwan. My own occasional musings and work can also be found on my blog.