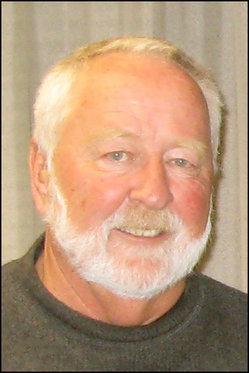 I joined the National Council for Geographic Education in 1969.  I have now been a member for 47 years, or almost half a century.  I suspect that many of our current members were not born when I joined the organization.  As a result, younger members will be unfamiliar with some of the names of people who had a significant influence on my active years in the NCGE.  They are part of the history of the organization.

To understand my role in the NCGE, I think it is important to explain why I became a geographer.  Growing up on a farm in south-central Nebraska does not typically lead to a career in geography.  I believe the original spark that initiated an interest in the subject occurred during my second grade experience in a one-room Nebraska school.  My teacher’s name was Mrs. Dombrowsky, and of course, I had a crush on her.  It was the winter of 1948-1949, and Nebraska was hit with the worst blizzard in the history of the state.  Large amounts of snow fell, pushed into towering drifts by winds in excess of 80 miles per hour.  Temperatures fell below zero degrees Fahrenheit on a daily basis.  We spent most of our recesses that winter hovering around a coal burning cast iron furnace, while Mrs. Dombrosky read us historical and geographical stories about far away places.  There were Amazon tribes who hunted with blowguns, exotic animals from Africa, castles along European rivers, and the Great Wall of China.  The seeds of geography had been planted.

The social sciences remained favorites through elementary and high school.  I really did not think much about attending college until a special high school teacher encouraged me to apply for scholarships at Hastings College, a small, liberal arts college in Hastings, Nebraska.  I declared history as my major.  However, a class in biology turned my interest to science as a major.  My science career was terminated by organic chemistry.  Frustrated, I enrolled in a world regional geography class.  The class was taught by John Moulton, the best teacher I ever had.  He was the only geographer on the faculty, so I enrolled in 34 semester hours of geography from Mr. Moulton.  He was a first-class storyteller who made geography come to life every day in every class.  I told him one day how much I enjoyed his enthusiasm for the courses he taught.  He responded, “that if he was not enthusiastic about geography, how could he expect his students to be enthusiastic about geography?”  That philosophy became a pillar in my own teaching career.

With a Bachelor of Arts degree in Geography in hand, I headed for the University of Kansas, where I completed a Masters Degree and the course work on a Ph.D. in Geography.  However, after nine consecutive years of college, I was ready for a change.  I accepted a teaching position at Northeastern State Teachers College in Tahlequah, Oklahoma, the capital of the Cherokee Nation.  It was there, that an event occurred involving NCGE that would impact my professional career forever.  My Dean handed me a brochure from the NCGE describing an opportunity in Guadalajara, Mexico, in October of 1969.  The opportunity was an EDPA Media Institute Grant from the U.S. Department of Education, administered through the National Council for Geographic Education.  NCGE was soliciting applicants from each of the 50 states, Puerto Rico, and Guam.  The two major requirements were an active teaching position and membership in the NCGE.  I filled out the grant application papers, paid my dues for NCGE membership, and crossed my fingers.  Luck was on my side and I was selected as one of the participants.

The media institute was a phenomenal experience.  The program was structured around three major field trips led by outstanding Latin American geographers, including John Augelli of the University of Kansas, and Granville Jensen from Oregon State University.  Kodak gave each participant unlimited rolls of 35mm slide film to use in capturing the geographic highlights of each of the three field trips.  The Kodak laboratory in Guadalajara developed the film overnight.  Kodak specialists and the participants critiqued 20 photos from each participant the following morning.  In five days, participants learned more about photography than most people learn in a lifetime.  This experience trained us to incorporate quality visual images into our classroom presentations that improved our teaching skills for the rest of our careers.  It was the NCGE at the top of its game, where it has continued with its commitment and development of materials and learning strategies to improve classroom teaching.

The participants left Guadalajara and flew directly to Houston, Texas, to attend the annual National Conference on Geography Education.  It was my first NCGE conference, and I missed very few annual meetings over the next 25 years.  At the conference I was introduced to Paul Griffin and Ronald Chatham from Oregon College of Education, in Monmouth, Oregon.  They encouraged me to become involved immediately and, within a year, I was appointed Chairman of the Membership Committee.  Over the next twelve years, I served on twelve committees.  I met outstanding geographic educators who accepted me as an equal and respected my input.  NCGE has always seemed like a family to me, something other professional organizations did not provide.

In the 1970’s I spent two terms as a member of the Executive Board and worked with some extraordinary leadership.  We were faced with serious financial challenges and even held one of our spring board meetings on the campus of Northwest Missouri State University where I was teaching, to cut costs for participants.  Canadian membership was critical during those years and Herb Augustine and Douglas MacLeod provided strong support.

In 1981, I was elected to a three-year term on the Executive Committee as Recording Secretary.  I never viewed the work with the organization as anything but a positive experience.  Some of the most enjoyable work with NCGE was the time I spent on the Local Arrangements Committees for the 1977 conference in St. Louis, the1979 conference in Mexico City, and the 1995 conference in San Antonio, Texas.  Prior to the annual conference in Mexico City, I teamed with Gene Wilson of the University of South Alabama to lead a group of 61 geography professors and public school teachers on a three-day field study on the Yucatan Peninsula.

I am especially proud to say that I was on the faculty of the Geography Department at Texas State University for 32 years, where an incredible environment of support for geographic education existed.  Two of my colleagues, Richard Boehm and James Petersen, have served as Presidents of the NCGE.  One of my graduate assistants, Mark Bockenhauer, was president in 2007, and Ellen Foster, another Texas State geographer, was the 2016 NCGE President.

I would be remiss to not mention Gail Ludwig and her presidential leadership.  Gail and I completed our doctoral degrees at Northern Colorado University where we received excellent training for our work in geographic education.  Seminars were offered that encouraged primary field research.  The two of us spent ten days in the rugged mountains of Colorado studying the political structure of communes.  A stocky woman carrying a double barrel shotgun met us at the entrance gate of one commune.  That was the one group we did not interview.  Later it was rumored that Patty Hearst, a member of the Symbionese Liberation Army, was in hiding at this commune during the time of our visit.  We also spent time in a communal livestock barn sitting on skinned cowhides with the lower legs still attached, while we interviewed the group which was encased in a cloud of blue smoke that had a pungent odor.  Field studies can be quite interesting.

From 1989 to 1998, I spent much of my research time in the Middle East studying Arab and Islamic culture.  This led to multiple workshops for teacher groups in the State Geographic Alliances, and at NCGE Summer Institutes.  The last ten years of my career, I refocused on Latin America and wrote a series of books on Mexico, Panama, Paraguay, and Bolivia.  Finally, after 42 years of university teaching, I retired and my wife and I moved to Valladolid, Yucatan, where we are enjoying our retirement.  We are still active and have been to Cuba five times, where we have visited all of Cuba’s provinces.

As I think about what the National Council for Geographic Education has meant to me over the years, I leave the reader with these reflections…

1.  The National Council for Geographic Education is the warmest and most inclusive professional organization I have ever joined.  All members are equal.  There are no gender, racial, or religious biases.  Undergraduate students that I took to national conferences were treated like full professors and accepted for what they were…geographers.

2.  The Journal of Geography was the primary academic journal that I used in the classroom and at teacher training seminars and institutes.  The journal provided a wide range of subjects and maps that I could use as teaching aids.

3.  The field trips at annual conferences were outstanding and I took my own students to some of the sites later.  The NCGE’s record of field trip support led me to develop study abroad trips to southern Africa, central Europe, Ecuador and the Galapagos Islands, Costa Rica, and the Yucatan Peninsula (16 trips).

4.  Academic papers at the National Conference on Geography Education provided me with sheets of notes, which I could use to update my classroom presentations.

5.  The leadership in the Central Office has been outstanding!  The support they provide for members is under-appreciated as they go quietly about doing the challenging work of the Council.