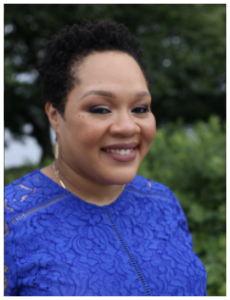 Yamiche Alcindor is the White House correspondent for the PBS NewsHour and a political contributor for NBC News and MSNBC. She often tells stories about the intersection of race and politics. At PBS, she has directly questioned President Trump a number of times and has traveled extensively to cover a range of issues including the disproportionate impact of the coronavirus on black people and communities of color, the protests following the death of George Floyd, and the consequences of President Trump’s immigration policies. As a contributor for NBC News and MSNBC, she often appears on a number of shows including Morning Joe, Andrea Mitchell Reports, and Meet the Press. In 2020, the White House Correspondents’ Association named Alcindor the recipient of the Aldo Beckman Award for Overall Excellence in White House Coverage.

Previously, Alcindor worked as a national political reporter for The New York Times and as a national breaking news reporter for USA Today. She is currently working on her memoir titled Don’t Forget which will show how the precise path Alcindor took—as the child of Haitian immigrants and as a journalism prodigy covering Black Lives Matter and civil rights abuses—informs her point of view while reporting on one of the most chaotic administrations in modern times.